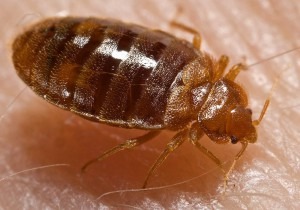 Bedbugs are blood-sucking insects present in bedding. They are a resurgent problem in many developed nations. They were considered to be eliminated as a problem following widespread use of the insecticide DDT in the mid-twentieth century. However, following restrictions on the use of DDT (including a ban in the USA in 1972) along with increased levels of travel, bedbug populations have soared.

Bedbug bites can cause allergic reactions and, in severe cases, anemia. Bedbugs have a worldwide distribution and have been suspected of transmitting infectious diseases to humans. Though a role in disease transmission remains to be proven, they do contain extensive microbiological communities. As a result, the medical community’s interest in them has increased dramatically over the past 10 years.

While there are at least 75 species of bedbugs, only two are known to routinely feed on humans. The tropical bedbug (Cimex hemipterus) is not common in temperate countries. In Europe and the United States the predominant problem is Cimex lectularius, the common bedbug. This restricted number of target species supports the potential for biological control.

Resistance by bedbugs to existing pesticides is already becoming apparent. In addition, they do not have communal nests and have shown limited response to available baits. This means that contact with conventional pesticides can be very limited. In addition, recolonisation following even successful clearance efforts is both rapid and difficult to avoid 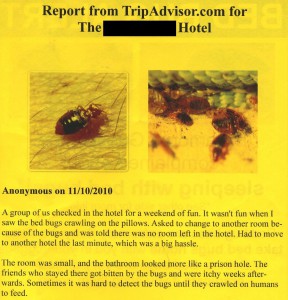 A biological agent able to multiply and spread within the infested environment would have a significant advantage. In addition, the demonstrated ability of biological agents to persist in the environment and to produce long-term control would be advantageous. Perception of this as a “green”, environmentally friendly option would also aid uptake, especially if supported by organic certification. Public revulsion will also support sales of such a product (see above).

Given the social pressures to avoid biting insect infestations, it is anticipated that an effective biological control could find ready use both in domestic and in commercial settings, replacing and supplementing chemical agents which are of limited efficacy. There is a high level of concern regarding the transfer of bedbugs from hotels to the home environment, so alongside domestic use the potential for use by hotels of an environmentally friendly bedbug control could be very significant.