A breath of fresh air
in asthma control 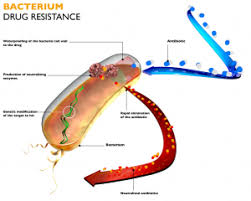 Conventional antibiotics have been a mainstay of medicine for many years, and have saved countless lives. But, even as predicted by Alexander Fleming in his Nobel Prize acceptance speech, resistance has developed to every one of them. Passed between bacteria on a range of mobile genetic elements, antibiotic resistance is spreading worldwide. Antimicrobial resistance (AMR) is necessarily regarded as one of the greatest health challenges of the modern era. Dr. Margaret Chan, the head of the World Health Organization, warned that bacteria are starting to become so resistant to common antibiotics that it could bring about “the end of modern medicine as we know it.” Speaking to a conference of infectious disease experts in Copenhagen in 2012, Dr Chan said we could be entering into a “post-antibiotic era” where every antibiotic ever developed is at risk of becoming useless.

In 2016, an expert panel assembled for the UK Department of Health by the Wellcome Trust concluded that “Antibiotics have saved countless lives and enabled the development of modern medicine over the past 70 years. However, it is clear that the success of antibiotics might only have been temporary and we now expect a long-term and perhaps never-ending challenge to find new therapies to combat antibiotic-resistant bacteria. A broader approach to address bacterial infection is needed.”

It is now clear that bacteria can adapt to resist any chemical antibiotic.  Even the newest drugs such as Linezolid and Daptomycin have already generated resistance, and it is apparent from recent developments that resistance develops faster than new antibiotics can be produced, evaluated and processed through regulatory approvals. Resistance is apparent even to drugs of last resort, Colistin is an old drug that fell out of use due to concerns over toxicity, but which has returned to use in the absence of any alternative for infection with Evolution’s initial bacterial target.  Colistin resistance now apparent within the United States. This means that rather than reducing the antibiotic treatment options, in such cases these are actually being eliminated entirely. Pan-drug resistance refers to bacteria that cannot be treated with any antibiotic at all.

New approaches are needed, and are needed urgently

Bacteriophages (often known simply as “phages”) are viruses that infect and grow within bacteria. The name translates as “eaters of bacteria” and reflects the fact that as they grow, they infect and destroy their bacterial hosts in order to release many more bacteriophages. These then go on to destroy more bacterial targets in an amplification cascade. However, this is inherently limited by the numbers of suitable host bacteria present. Such infection is highly specific, with few bacteriophages able to infect more than a single bacterial species. They are completely unable to infect the more complex (eukaryotic) cells of higher organisms, from mushrooms to man.

Bacteriophages were first discovered in 1915 and, independently, in 1917. They are considered to be the most numerous organisms on the planet, with an estimated ten thousand billion billion billion bacteriophages present (1031) within the terrestrial biosphere. This means that, unlike chemical antibiotics, there is an effectively endless supply of bacteriophages waiting to be developed.

Until the discovery of effective chemical antibiotics, bacteriophages remained a real alternative to existing therapies despite very limited understanding of their mode of action or even of their basic nature. In the light of current knowledge, it is apparent that early attempts at phage therapy were hindered by many factors.  One of the most significant was the widespread belief that there was only one type of bacteriophage, a non-specific virus that killed all bacteria.  This was wrong.  In fact, the exquisite specificity of bacteriophages is one of their main strengths, reducing unwanted effects both on “good” bacteria and on the recipient of the treatment.  In addition, poor understanding of the causes of disease led to exaggerated claims that damaged the reputation of bacteriophage therapy. When broad spectrum antibiotics came into common use, bacteriophages came to be considered as unnecessary, with antibiotics being seen for many years as the only required answer to bacterial disease. While work with therapeutic bacteriophages continued in Eastern Europe this was not carried out or reported to a standard that would allow its export into areas regulated by the US Food and Drug Administration (FDA) or the EU European Medicines Agency (EMA).

With the development of the wide-ranging (and in some cases total) resistance to antibiotics seen within the last twenty years, attitudes have changed.  In many cases it is necessary to use expensive drugs of last resort such as colistin for serious infections with a range of bacteria, which often require complex routes of administration and show very significant toxic side effects, necessitating prolonged hospital treatment. And even to these drugs of last resort, resistance is already apparent. 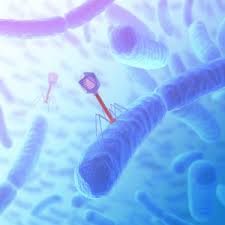 Bacteriophages are unaffected by antibiotic resistance, and are able to infect and destroy even highly drug-resistant strains. As with any agent, resistance to bacteriophages can develop. However, unlike conventional antibiotics, biological agents can adapt.  The general principle is that the smaller the agent, the faster it can change.  This is why bacterial infections still occur in spite of the best efforts of our immune systems. And it is why bacteriophages have the unique ability to counter the development of bacterial resistance. They have been doing this for billions of years, and as a result are very good at it.

Based on greater understanding of their nature and effects arising from studies using bacteriophages as model systems, work from the 1980s onwards has demonstrated the potential of bacteriophages as therapeutic agents. Leading this work are studies conducted under the direction of Dr. David Harper, the Chief Officer of Evolution Biotechnologies.

Most conventional antibiotics have a wide spectrum of activity which can often lead to recolonization of the body by harmful bacteria, such as C.difficile. In contrast, like other biological control agents, bacteriophages are highly specific and highly efficient, selectively destroying only their target bacteria.

When their target is present, bacteriophages undergo multiple rounds of replication, increasing in number with every round, so that even a tiny number of bacteriophages can, following such amplification, control an infection involving many billions of bacteria. Doses as small as a few picograms (a trillionth of the dose of conventional antibiotics) have been shown to be effective against damaging bacterial infections.  However, once their specific host is eliminated they are unable to multiply further and are cleared from the body by normal metabolic processes.  Thus the treatment expands to meet the need, but is also self-limiting.

The unique capabilities of the biological approach free bacteriophages from the normal dose-dependent effects of chemical therapeutics, but also means that development efforts need to understand the biological nature of these agents. Treating them as “just another antibiotic” leads to expensive misunderstandings and delays in development, which has been an issue for many groups working in this area. As with all biological controls, understanding the nature of the agent is essential to using it effectively.

Bacteriophages are unable to destroy bacteria unrelated to their target, and are essentially inert to the eukaryotic cells of higher organisms such as plants, animals, or man which are very different to those of bacteria. To the cells of such an organism (including man) bacteriophages are simply small pieces of inert protein and nucleic acid.  This means that the risk of side effects is far less than with chemical drugs, which not only damage the natural microbiological flora of the body, but can also produce significant toxic side effects.  This lack of toxicity favors the progress of bacteriophages or any other biological agent through the trials process, in comparison with chemical agents.

The medical use of live viruses is already well established.  Widely accepted vaccines such as those for polio, measles, and chickenpox are actually live viruses.  One of the greatest of all medical successes, the elimination of smallpox, was achieved using a live virus which, unlike bacteriophages, infected and grew within the cells of the human recipient.

The 2016 report prepared for the UK Department of Health by the Wellcome Trust noted bacteriophages as one of the most promising approaches to combating antibiotic resistance. 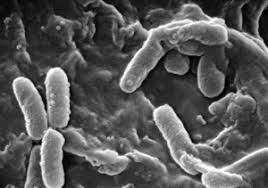 Pseudomonas aeruginosa is a Gram-negative bacterium that causes damaging infections of both animals and humans. It is naturally resistant to a wide range of antibiotics and this level of resistance is increasing. In some cases, complete resistance to antibiotics is already present. Pseudomonas aeruginosa has been described as a “phenomenon of bacterial resistance” It routinely exhibits multiple mechanisms of resistance, including pumps that remove antibiotics from the bacterial cell, antibiotic degrading or modifying enzymes of a variety of types, and limited membrane permeability typical of Gram negative bacteria. Added to these is its growth in dense biofilms, reducing the efficacy of multiple antibiotics even when the bacterium is sensitive to these in the laboratory.

Where an infection is routinely and adequately controlled by existing therapies, there is little need for new approaches and little motive for their development. In the case of Pseudomonas aeruginosa  (and the multiple antibiotic-resistant Gram-negative infections as a whole), there is both a shortage of effective antibiotics and a lack of new agents coming through the development pipeline.

With Pseudomonas aeruginosa, there are a number of conditions where this bacterium is uniquely responsible for causing damaging infections, including late-stage ear infections, infections of the lung in cystic fibrosis, ventilator-associated bacterial pneumonia, urinary tract infections, and severe burns. It is associated with a high level of healthcare-associated infections and has also been proposed to have a key role in the perpetuating chronic wound infections such as those seen in diabetic ulcers.

Ear infections (otitis externa/otitis media) begin as polymicrobial in nature, with many types of bacteria present. As treatments eliminate the majority of these bacteria, Pseudomonas aeruginosa comes to dominate, until in late stage infections it is often the key to the pathology. Unfortunately such infections are very difficult to resolve and are highly refractory to treatment with antibiotics. Bacteriophage therapy has been shown to be successful in such difficult to treat, late stage infection in clinical trials in both companion dogs and human patients carried out under the direction of Dr. David Harper, the Chief Officer of Evolution Biotechnologies.

To date only one modern clinical trial has been conducted that has demonstrated the efficacy of bacteriophages in treating bacterial infections. This study, published in 2009, targeted ear infection caused the bacterium Pseudomonas aeruginosa, and was based on a previous field trial in pet dogs targeting the same infection. Both were successful, and both were conducted under the direction of Dr. David Harper, the Chief Officer of Evolution Biotechnologies. It is this specific and unique body of experience that underpins the development efforts of the company. With a team of highly skilled and experienced therapeutic phage biologists, the company is developing bacteriophage therapeutics to fight antibiotic resistant infections, utilizing a deep understanding of the unique strengths, and unique challenges, of this approach.

As in earlier work, it is intended first to address disease in companion animals. In contrast to the tight constraints on price in agricultural or food chain applications, companion animals provide an expanding and high value market where an effective product can demand a premium price. Unlike earlier work in this area it is intended to develop this through to product, validating the approach on commercial markets before addressing the need for human therapeutics. By using this route, Evolution Biotechnologies will then enter this larger market with solid proof of the efficacy of its approach and with an established revenue stream. This will help to avoid the heavy shareholder dilution seen by companies trying to step directly in to human health, a “giant step” which has proved too much for many players in this area.